Scranton Directory 1859-1860, which is part of the Out of the Wilderness collection, contains, in addition to business and residential listings, many interesting advertisements like the one below for a "Book, Wall Paper, & Variety" store. Students would apparently go there to get their "slates" which I assume are a precursor to the iPad. 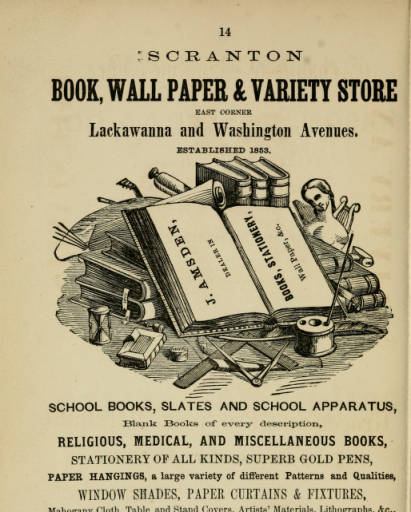 Posted by Scranton Public Library at 10:05 AM No comments: 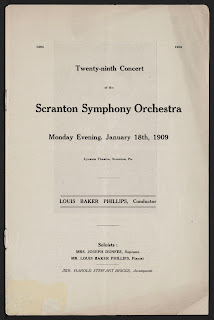 This was the 29th concert of the Scranton Symphony Orchestra was held on January 18, 1904 at the Lyceum Theater.   This concert was conducted by Louis Baker Phillips who was the conductor for other concerts as well.  There were two parts to the program. The first part included a piece by Beethoven, and in the second part there was a piece by Schubert along with some others.
Posted by Martina at 8:33 PM No comments:

In this photo, which is part of The History of the Scranton Public Library Collection, the camera is facing west. In this era, the Reference Room stacks were arranged around the perimeter of the room. In the 1990s all of the stacks were relocated to the south side of the room. They are now being removed as electronic content is replacing print materials in the library's Reference Collection. 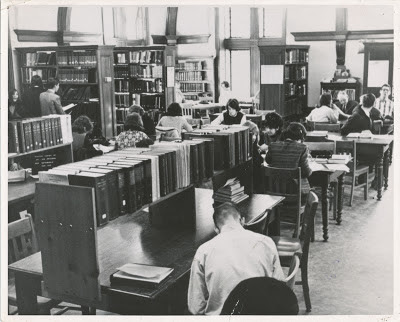 Posted by Lackawanna Valley Digital Archives at 11:15 AM No comments: