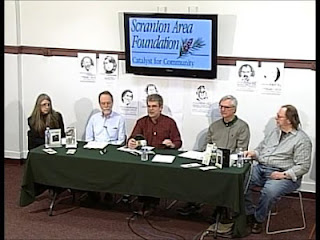 If you would like to know the story behind the Friends of the Scranton Public Library Poetry Series collection, you may be interested in this recent video. David Elliott, Brian Quinn, Carol Gargan, and Jerry Grealish, who were all instrumental in establishing and carrying out the original series, talk to moderator Scott Thomas about how the series originated and its signficance and share stories about the poets.
Posted by Lackawanna Valley Digital Archives at 11:51 AM No comments: 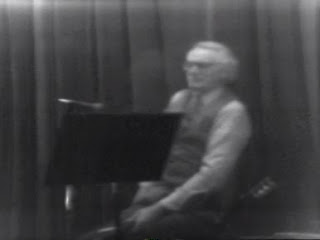 One of the more unusual performances in the Friends of the Scranton Public Library Poetry Series was by Robert Bly on November 10, 1985. Not content to merely read his work, Bly incorporated his own lute playing and a classical Indian dance performance by Neena Gulati. At around 6:28 Bly asks "David" for a Kleenex. This would be David Elliott, Professor of English at Keystone College and one of the driving forces behind the series. Mr. Bly, wanting to be clean- shaven for his reading, had apparently cut himself and was not fully healed by the time he reached the podium. Please note that Mr. Bly's performance, due to its length, is split into Part One and Part Two. 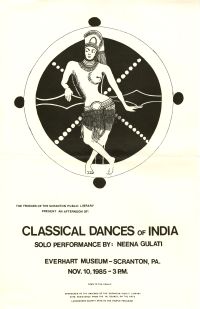 Posted by Lackawanna Valley Digital Archives at 11:26 AM No comments: 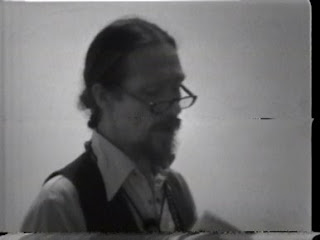 This reading by Pulitzer Prize winner Gary Snyder from October 17, 1978 is the earliest in the Friends of the Scranton Public Library Poetry Series. Snyder was actually the fourth reader in the series, but was the first poet whose performance was filmed. The reading was held in the Everhart Museum. You can see paintings in the background. Note that, during David Elliott's introduction, he mentions the Scranton Area Foundation as a funder for the series. They also, 34 years later, funded this restoration project. We were not aware of this when we approached them for funding. Why were we not aware? Because we were unable to play the film reels. Thanks to the Scranton Area Foundation, we now have access to these historic readings. Snyder's performance mixes his interest in Zen Buddhism and a concern for the environment with irreverent humor. One can assume that the "Batman Song" at 20:40 is non-canonical. Here is a direct link to the reading.
Posted by Lackawanna Valley Digital Archives at 1:44 PM No comments: 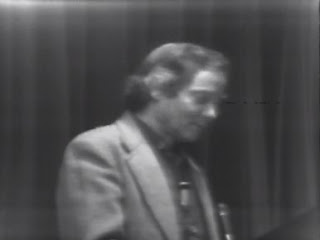 From 1978 through the early 2000’s, the Friends of the Scranton Public Library Poetry Series brought nationally renowned poets to the Scranton area to read their work. Poets included such literary giants as Lawrence Ferlinghetti, Gary Snyder, Robert Bly, Scranton native W.S. Merwin, and nearly 50 others. Most of these readings were filmed. Thanks to a grant from the Scranton Area Foundation, the library has restored the original films. They are now available for checkout on DVD at the Albright Library and are being streamed from the Lackawanna Valley Digital Archives.
Posted by Lackawanna Valley Digital Archives at 10:17 AM No comments: 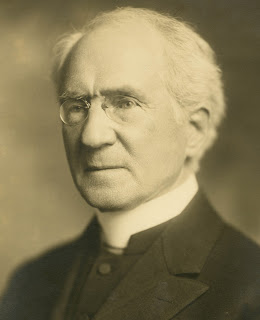 RT. Rev. Michael J. Hoban was consecrated Bishop of the Diocese of Scranton in 1896.  He also served on the Scranton Public Library Board of Directors in the early 1900's.  The picture above was believed to have been taken when he served on the board for the library.

Rt. Rev. Hoban was born on June 6, 1853 in New Jersey, but grew up in Hawley Pennsylvania.  Educated at home and having attended many collages and seminary's including the American College in Rome.  He was ordained a priest on May 22, 1885 and became a pastor at St. John's Church in Troy. During his time he served on many institutions including president of St. Patrick's Orphan Asylum, director of the State Hospital, and West Mountain Sanatorium.

*The information obtained for this article was gathered from Frederick Hitchcock's History of Scranton.*