This receipt can be found in the Out of the Wilderness collection. In 1865 a Mr. Phillips (first name illegible) had a leg amputated by Doctor J. W. Gibbs at a cost of $30 discounted to $25. The skilled researchers in the library's Reference Department have revealed that Dr. Gibbs practiced in Hyde Park (then a separate borough) and served as coroner of Luzerne County (before Lackawanna County was formed). An image of Dr. Gibbs from the book History of Luzerne, Lackawanna, and Wyoming Counties (1880) appears below. 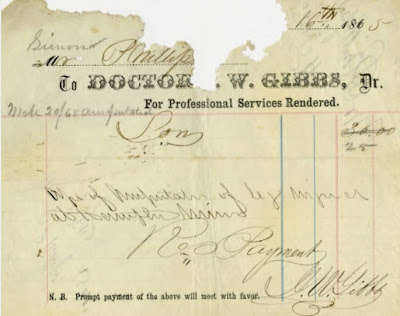 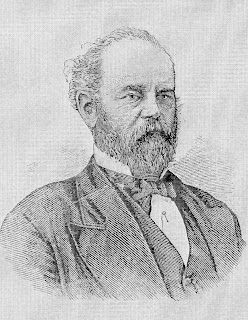 Posted by Lackawanna Valley Digital Archives at 1:25 PM No comments: 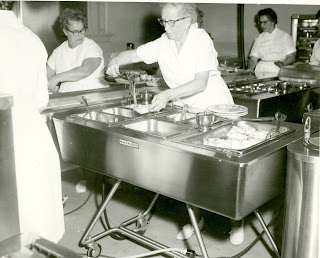 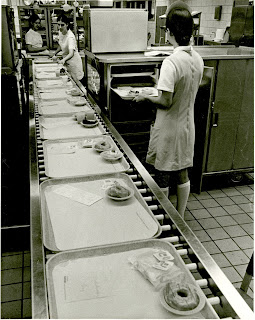 The photos above are from the Community Medical Center Cafeteria.  These photos show the transition and changes in dress and equipment that was used when preparing and serving food.  While both photos show women wearing dresses the 2nd photo shows the dresses to be much shorter.  The first photo was probably taken in the late 1950s or early 1960s, while the second photo is from the 1970s. It's also interesting to look at the choices of foods. In photo 1 the server appears to be spooning what looks like spinach, while in the second photo you have a great pic of donuts and brownies. The Lackawanna Valley Digital Archive team does not know who the individuals in the photos are so if recognize anyone please let us know.

The Story of the Community Medical Center collection contains scrapbooks comprised of newspaper clippings, photos, and other artifacts. This volume covers 1897-1962. Subsequent volumes take us through the 1980s. 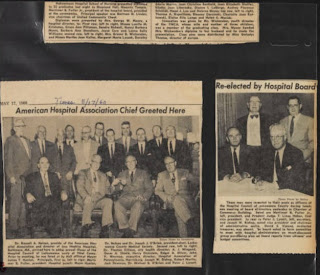 Posted by Lackawanna Valley Digital Archives at 3:41 PM No comments: 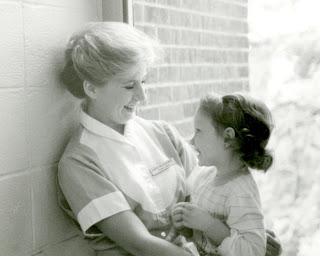 There are always stories about the compassion and help nurses give you as a patient in the hospital.  Here is a beautiful photo of a nurse holding a child.  We don't know who the nurse or child are but the looks on their faces are lovely. The Lackawanna Valley Digital Archives is unsure of the date of this photo but is believed to have been taken in the late 1970s or early 1980s at the Community Medical Center.
Posted by Martina at 10:50 AM No comments: